The HMRC Points-Based Penalty regime is changing. They announced that they are introducing a points-based system of late filing penalties.

So how will it affect you? 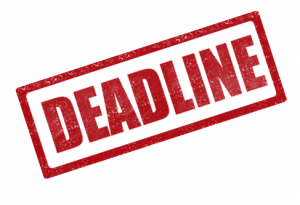 The new points-based penalty regime will only apply to returns (including Making Tax Digital regular updates) with a regular filing frequency, e.g. monthly, quarterly or annually.

A tax payer will automatically receive a point every time they fail to make a return on time. HMRC will notify them of this point. At a certain threshold of points, a financial penalty will be charged and notified (amounts not yet confirmed).

The level of points threshold will depend on how often a taxpayer is required to file a return, to recognise the demands of more frequent obligations. Once a taxpayer has reached the threshold a penalty will be charged for every subsequent failure to make a return on time, but their points total will not increase.

The government expects to introduce the following thresholds in the HMRC Points-Based Penalty Regime:

Any points accrued will be reset to zero after a period of good compliance – filing returns on time, and the additional criterion that they have submitted all the returns
which were due within the preceding 24 months.

It is expected that the new rules will be implement alongside the start of MTD for VAT.

A taxpayer will be able to challenge a point or penalty through both an internal HMRC review process and an appeal to the First Tier Tribunal. This will include on
the grounds that the taxpayer had a reasonable excuse for missing a submission deadline, where they must show HMRC or the Tribunal that they had a reasonable
excuse.

HMRC anticipates the review and appeals process will be available online through the digital tax account.

Check out our other important updates on tax here.