How did the Budget Affect Property Investors?

In the recent Budget, the Chancellor Philip Hammond made a number of headline-grabbing announcements. (ICYMI we published an update here).

But, as is usually the case, there were significant proposals that didn’t make the front pages or news feeds.

And we wanted to ask the question: how did the Budget affect property investors? 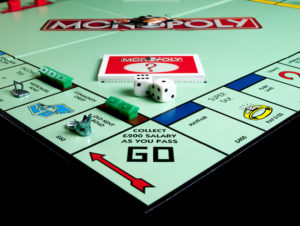 How did the Budget Affect Property Investors?

One such proposal is that UK residents will have to report disposals of residential property and pay any tax due within 30 days for sales on or after 6 April 2020.

This is a huge step away from the current regime where gains need to be reported by 31 January following the end of the tax year. The change, if it becomes law, will hand a significant cashflow advantage to the Treasury while putting a heavy administrative burden on the taxpayer.

The draft rules say that ‘reasonable estimates’ will be allowed, but as usual this will be open to interpretation.

Taxpayers will need to trawl through records which could be decades old to ensure that the gains being reported are accurate and that any tax paid is not overstated.

Non-UK properties excluded from the rules, as are non-UK resident companies investing in the UK market.

Non-residents holding UK properties will be liable to CGT on all land transactions from April 2019. Previously this only applied to residential property. However the new rules bring the UK into line with most other countries.

Under current legislation, anyone who turns their owner-occupied home into a let property can benefit from PPR relief.

This reduces the amount of tax payable by apportioning the gains between the periods of owner-occupation and non-occupation. For many years the last 18 months of ownership have been counted as a ‘deemed occupation’.

In other words, they are tax free.

Further changes to PPR relief are also proposed which will restrict tax relief on jointly-owned homes if the house hadn’t previously been occupied by both owners. That means, if Bob and Sue had lived together before the house was let out, they would be far better off than if they had moved straight into Sue’s house.